Shumaila Hemani, Ph.D. in Music from the University of Alberta, is the former Music Faculty for Semester at Sea (SAS) Spring 2020 Voyage and the University of Alberta. Her research, mentored by Prof. Regula Burckhardt Qureshi, is situated at the intersection of religion, borders, public policy, gender, and social justice within performing arts, particularly music and dance, within the national territory of Pakistan in South Asia. Hemani has presented at many peer-reviewed conferences, including Society for Ethnomusicology, the Canadian Society for Traditional Music (CSTM), and the International Council for Traditional Music (ICTM). Hemani has received several awards, honors, and recognition for her academic and artistic work, including First Prize at the Society for Ethnomusicology Conference (2017), Laura Bassi Scholarship (2018), State of Kuwait Award in Islamic Studies (2015), Frank Henderson Prize in the study of Women and Religion (2017), Maud Karpeles International travel award (2015), the Institute of Ismaili Studies graduate and doctoral award (2006-09/2012-17), and others. Her contribution to the Women and Islamic Cultures (Brill) published in 2017 describes how post-colonial modernity has impacted women musicians in Pakistan. The University of Carleton published her collaborative research on campus-community engagement (SSHRC) in Canada. Hemani’s research monograph on Sufi performers in South Asia will be published by Routledge’s Islam and Human Rights series in 2022.  Hemani was the former Editor-in-Chief of Intonations, Graduate Journal in Music at the University of Alberta and currently serves as the Liaison for Pakistan at the International Council for Traditional Music and in the Editorial Board for the Journal: Groundwork.

Following the power of music...

Following the power of music…

I am Shumaila, a second year PhD student in ethnomusicology in the University of Alberta’s Department of Music and I come from Karachi in the Sind province of Pakistan. As a teenager, music was a very close and trustworthy friend during the very difficult moments when society and family pressure challenged my independence of thought and what I should pursue as a career. When choosing an area of study, the limited options that were available included Management, Accountancy, Computer Science, or Engineering — options that could provide high-salary jobs in a technologically advanced world, but did not stimulate or cultivate my imagination!

The Story of Kathak

IN her groundbreaking book, India’s Kathak Dance in Historical Perspective, Margaret Walker dispels myths about the formation of Kathak by arguing that prior to the 1930s a dance by that name did not exist. She develops this thesis by conducting an analysis of historical sources on Kathak combined with her ethnographic research on the community of Kathaks in present-day India to show us how this community developed from a versatile group of musicians, actors and dancers to be singly associated with a dance called ‘Kathak’ in the early 20th century.

A Travel Blog about Islamic Soundscapes of a Post-Soviet State

Places can speak to us in unpredictable ways. When senses are stimulated and memories are evoked, what is unfamiliar in what we are experiencing then seeks connections from what is already known.

Last summer, as part of my graduate studies in ethnomusicology, I had an amazing opportunity to present at a major Ethnomusicology conference organized by the International Council for Traditional Music (ICTM)

As a Sufi singer, I believe the sounds of world religions can cultivate compassion during COVID-19

The global COVID-19 pandemic has taken us into an era of social distancing. By relying on online digital media, we may be isolating ourselves from more local and diverse communities.

As an ethnomusicologist at the University of Alberta, my research and musical practices lead me to reflect on how what I think of as a “socially isolated ear” is more prone to resist and be intimidated by cultural and religious diversity. As a Sufi vocalist, through my music I share the message of love and interfaith harmony taught by Sufi mystics — and I explore the crevices of Muslim belief and expression from a feminist standpoint.

Sufism is the mystical branch of Islam that is based on introspection and spiritual practices for cleansing the heart to receive closeness with Allah. Sufis have used the power of art, music, poetry and dance to show human soul’s relationship with the Divine.

How intercultural listening transforms us as humans became ever clearer to me this past spring as I watched students grow in understanding in courses I taught.

Experiential Learning in a Floating Gand then Qurrantined Classroom

In what ways can we adapt our teaching in times of crisis to exhibit resilience such that the arts we teach inspire and empower students to act, especially in times of stress and crisis, and nurture their right to imagination?  I was part of the Music faculty at the Semester at Sea’s Spring 2020 voyage that abruptly ended a month early as a result of COVID-19.  I responded to the loss in experiential learning opportunities as a result of cancellation of the students’ field-classes in South Africa by bringing forward my own artistic practice and research at the Canadian Centre for Ethnomusicology under my mentors Prof. Regula B. Qureshi and Prof. Michael A. Frishkopf at UAlberta. I designed a virtual field class, Curating Sound, as we transitioned from a floating to a quarantined classroom. As I write this blog after submitting my final grades, my student Blake emailed, Thank you for the learning opportunity! I am sad we didn't get the real field class experience in South Africa, but I thought you provided us a unique way to meet that requirement that still allowed us to have our own creative input and experience.

2019: “Bringing Home, a Lesson on Discipline:” Martial Masculinity in the Formation of the Aga Khan Bands in Colonial India. Submitted to MUSICULTURES.

NOV 2015                  "The Impact of Sindhi Modernity on the Shah-jo-Raag." Invited public lecture at Institute for the Study of Muslim Civilization (ISMC) in London, United Kingdom.

2020 From Reflection to Action: Combatting Systemic Racism in Music Classrooms

2018 Certificate in Diversity, Equity, and Inclusion

2017 Certificate in Course Design and Learning

Centre for Teaching and Learning, University of Alberta

2016 Frank Henderson Award in Studies of Women and Religion

2015 The State of Kuwait Award in Islamic Studies

NOV 2019      “‘I Am Not a Man or a Woman’: Abida Parvin’s Career and Generic Innovation in the Style of Sindhi Sufi Kafi in Pakistan.” Graduate Student Music Conference, University of Alberta. Edmonton, APR 2019

MAR 2018      “Music and Law in the Muslim World: The Traditional Rights of Religious Singers within the Political Economy of Waqf.” Early Legal Scholars’ Workshop, the University of Alberta. Edmonton

NOV 2016      “Singing in the Feminine Voice in the Shah-jo-Raag: A Performance Workshop.” Society for Ethnomusicology Conference, Washington D.C. (Sponsored by the South Asian Performing Arts Committee (SAPA) at the SEM

DEC 2016       “Is it Colonial or Khoja heritage? Re-thinking Khoja Heritage and Historiography through a Study of CeremonialMarching Bands.” The First Khoja Studies Conference, Paris. (Panel chaired by Professor Faisal Devji) (Declined due to visa issues).

OCT 2014       “The Aga Khan Bands and the Agency of the Ismaili middle-class: Towards a post-structuralist approach in IsmailiStudies” The First Ismaili Studies Conference, University of Chicago.

MAR 2012      “The Political Use of Archaeology in the Folk-Dance Ensemble of Pakistan,” First International Conference of Archaeology. Bhanbhore, Sindh.

Graduate Thesis in Islamic Studies: Gendered Voices within the Ismaili Tradition of Maddoh in

MAY 2009      “Preserving Women’s Voices: Feminist Reading of Oral Narratives of a Female Maddohkhonum from Badakhshan.”The Institute of Ismaili Studies, London.

NOV 2018     “Demonstration of Sufi Styles from Pakistan.” A Presentation to the Ismaili Community’s Bait-ul-Ilm

JAN 2016        “Music for a Better World:” A Khayal in Raag Bhairon.” International Week 2016 at The Convocation Hall,the University of Alberta.

DEC 2016       “A Khayal From Pakistan: A Lecture Demonstration, performance and workshop at the Canadian Centre for Ethnomusicology about the musical form khayal.”

2020 Editorial Board, Alliance for the Arts in Research Universities (a2ru) Grounds 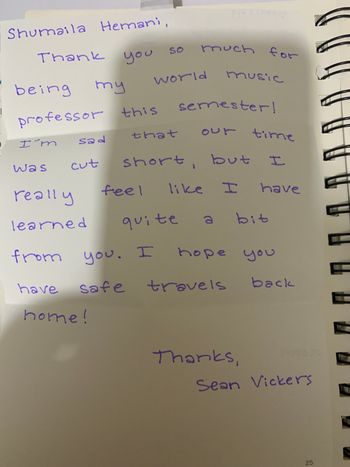 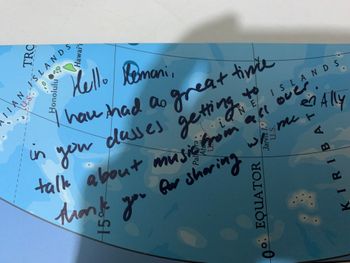 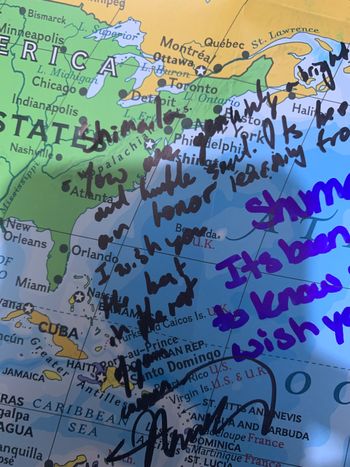 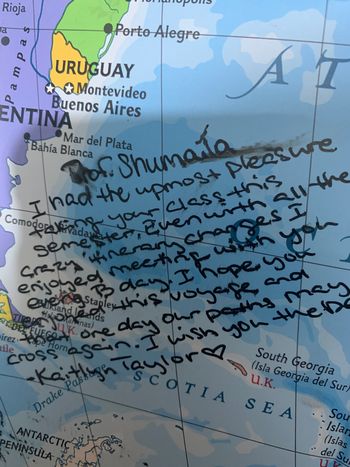 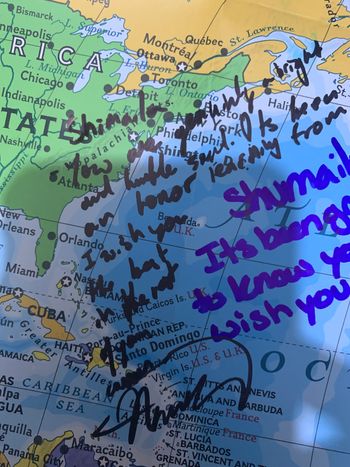 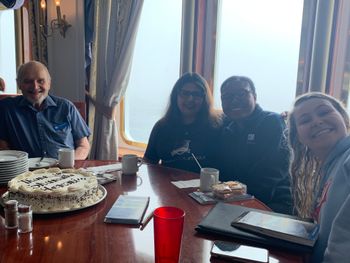 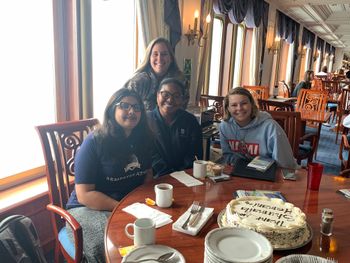 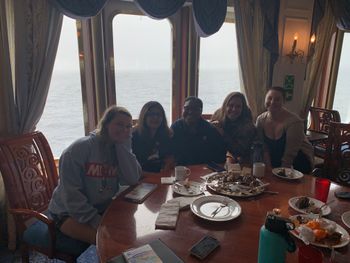 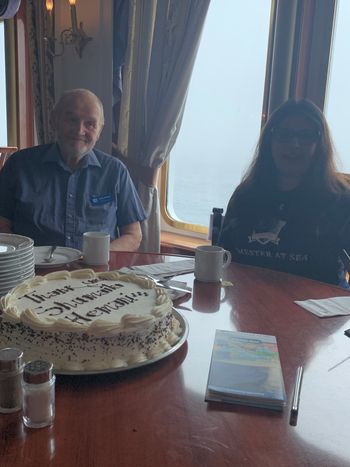